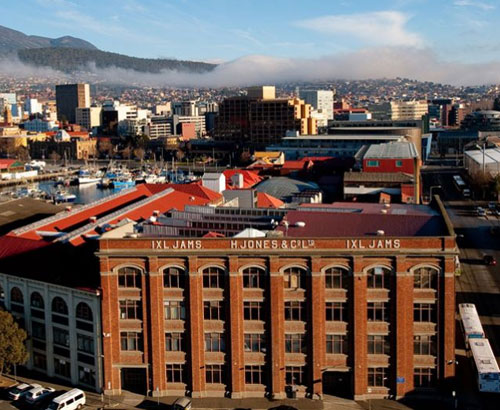 Australia is a country, and continent, surrounded by the Indian and Pacific oceans. Its major cities – Sydney, Brisbane, Melbourne, Perth, Adelaide – are coastal, but its capital, Canberra, is inland and nicknamed the "Bush Capital." The country is known for its Sydney Opera House, Great Barrier Reef, the vast Outback (interior desert wilderness) and unique animal species including kangaroos and duck-billed platypuses.

Australia is an island with most of its population living around its coastline. The coastline has many beaches and reefs that are popular with surfers and divers such as the Great Barrier Reef, Bondi Beach and Surfers Paradise. The centre of Australia is mostly desert with very little water. The famous Ayres Rock or Uluru is found here and is a popular tourist attraction. The Australian Alps are on the south-east side of Australia. The highest mountain, Mount Kosciusko is a great place to go during the summer for hiking and skiing during the winter months.

In the North of Australia you can find rainforests and warmer weather as it is close to the tropics. The Daintree Rainforest is famous for its beauty and hiking trails.

Climate : Ranges from tropical to temperate. Most of Australia is arid land or desert.

Day1 Must Arrive Hobart Airport by 1000hrs and SIC Airport Shuttle Transfer to your Hobart Hotel. Check in. Proceed on own to the nearest pickup point to Join SIC Afternoon (1300hrs) Half DayHobart Highlights). Overnight stay at your hotel .

Day3 Breakfast. This Morning join the Full Day SIC Bruny Island Wilderness Coast Tour with Cruise, Seals& Wildlife from Pennicott Wilderness Journeys office '- No Hotel Pickup & Drop - pax to Join by 0745hrs from Pennicott Journeys Office at Franklin Wharf, next to Elizabeth St Pier & Constitution Dock Lifting Bridge. EXPERIENCE… the awesome power of the mighty Southern Ocean, wave carved sea stacks, remote islands, beaches and bays, kelp forests, towering cliffs and the deep sea caves of South Bruny Island National Park. Sea eagles,albatross, dolphins, seals and even migrating whales. These are just a few of the experiences you’ll discover as you cruise from Adventure Bay to The Friars with Bruny Island Cruises. As you cruise out of Adventure Bay, rounding Penguin Island then Fluted Cape alongside the South Bruny National Park you’ll discover a remote and wonderful place. You’ll drift up close and witness the awesome ‘Breathing Rock’, enter deep sea caves, pass through the narrow gap between the sheer cliffs and The Monument and feel the power of nature at the point where the Tasman Sea meets the might of the Southern Ocean. WILDLIFE - You’ll soon begin to encounter the region’s remarkable wildlife; keep a close lookout for sea eagles soaring above the crags, pods of dolphins surfing the bow wave, albatross wheeling on the wind and shearwaters ‘ skimming the swells. Southward at The Friars, where the Tasman Sea meets the Southern Ocean, you’ll drift quietly past rare nesting seabirds and a large haul-out, home to thousands of seals. These inquisitive creatures often swimming out to investigate The boat. Wildlife commonly seen includes: Australian & New Zealand Fur Seals, Common & Bottlenose Dolphins, Whales such as the Southern Right & Humpback whilst migrating between September to December and May to July, Seabird feeding frenzies including rafts of tens of thousands of Shearwaters, Diving Gannets, Terns, Little Penguins, Petrels, Cormorants, Sea Eagles and Albatross wheeling on the wind, Rare encounters with Killer Whales and Great White Sharks, etc.

Day4 Breakfast. Check out and depart to Hobart Airport by SIC for your onward flight .