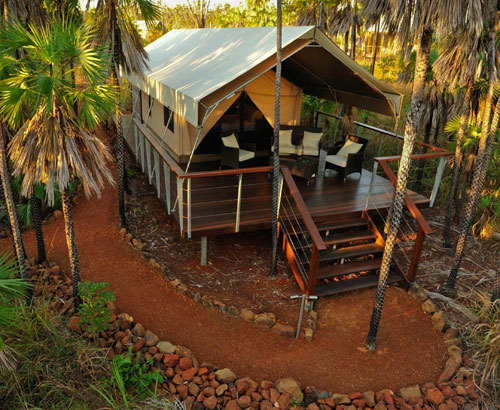 Australia is a country, and continent, surrounded by the Indian and Pacific oceans. Its major cities – Sydney, Brisbane, Melbourne, Perth, Adelaide – are coastal, but its capital, Canberra, is inland and nicknamed the "Bush Capital." The country is known for its Sydney Opera House, Great Barrier Reef, the vast Outback (interior desert wilderness) and unique animal species including kangaroos and duck-billed platypuses.

Australia is an island with most of its population living around its coastline. The coastline has many beaches and reefs that are popular with surfers and divers such as the Great Barrier Reef, Bondi Beach and Surfers Paradise. The centre of Australia is mostly desert with very little water. The famous Ayres Rock or Uluru is found here and is a popular tourist attraction. The Australian Alps are on the south-east side of Australia. The highest mountain, Mount Kosciusko is a great place to go during the summer for hiking and skiing during the winter months.

In the North of Australia you can find rainforests and warmer weather as it is close to the tropics. The Daintree Rainforest is famous for its beauty and hiking trails.

Climate : Ranges from tropical to temperate. Most of Australia is arid land or desert.

Day2 Boxed Breakfast. Full Day SIC Kakadu National Park & Yellow Water Cruise, Nourlangie Rock Tour with Lunch . This early morning travel on the Arnhem Highway across the Adelaide River and Marrakai Plains. A wide selection of native wildlife has made this region their home. Stop at Nourlangie Rock, where your guide will lead a walk to view ancient Aboriginal rock art. After lunch we join our local guide for a cruise on the famous Yellow Water Billabong. Search for saltwater crocodiles and the colourful range of birdlife for which this region is renowned. Visit the Warradjan Cultural Centre and view the informative displays depicting the traditions of the Aboriginal people in Kakadu, before returning to Darwin. Overnight atyour Hotel

Day3 Breakfast. Full Day SIC Litchfield National Park and Waterfalls Tour with lunch . This early morning follow the Stuart Highway via the township of Batchelor to Litchfield National Park where we will visit the main falls. First stop is Florence Falls, where you have the opportunity for a scenic and interpretive bush and monsoon vineforest walk. There is also the chance for a swim by making your way down the stairs to the plunge pool below. Travel on to Tolmer Falls for a magnificent view of the water cascading down to the deep waterhole at the base of the falls. Finally we visit Wangi Falls, with its large crystal-clear pool, another relaxing spot for a swim. A great day for taking many fascinating photos, including the amazing stand of termite mounds. A lunch is included today. Overnight

Day4 Breakfast. Depart to Darwin Airport by SIC Shuttle for your onward flight.