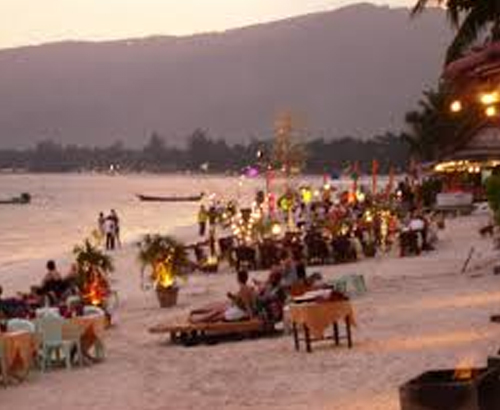 Goa is a state in western India with coastlines stretching along the Arabian Sea. Its long history as a Portuguese colony prior to 1961 is evident in its preserved 16th-century churches and the area’s tropical spice plantations. Goa is also known for its beaches, ranging from popular stretches at Baga and Palolem to laid-back fishing villages such as Agonda.

Goa is a state in western India with coastlines stretching along the Arabian Sea. Its long history as a Portuguese colony prior to 1961 is evident in its preserved 16th-century churches and the area’s tropical spice plantations. Goa is also known for its beaches, ranging from popular stretches at Baga and Palolem to laid-back fishing villages such as Agonda.

Goa is a land of amazing contrasts. Of tangible and intangible heritage; of human endeavour and natural wonders; of music and stillness. No other place in the world lets you discover so many worlds in the space of a few hours: outside you and inside you!

Flanked by the Arabian Sea on the West and the imposing Sahyadri mountains on the East, the Goan landscape rises from sea-level to a towering 1022 metres. Several rivers crisscross the state and add to its natural beauty.

Goa has a tropical climate characterized by balmy weather for much of the year with heavy  monsoon rains just after the summer months from March to May. The humidity is at its highest in the summer and quite low from September to early March. The temperature ranges from a pleasant 20°C during winter to a warm 35°C in summer.

From sea-level at the coast to an altitude of 1,022 metres above sea-level at its highest point in the Sahyadri Ghats.

On the Eastern and Southern boundaries lies the state of Karnataka; on the Western side the Arabian Sea and the state of Maharashtra lies on the Northern side.

Sonsogad in the Sahyadri range of the Western Ghats (3,827 feet).

Goa is connected by the National Highways - NH4A, NH17 and NH17A to the neighbouring states of Maharashtra and Karnataka.

The only airport is the Goa Airport at Dabolim near the town of Vasco-da- Gama and the Mormugao Harbour handles both the domestic and the international flights.

Tropical clothing throughout the year. Light woollens during December and January. Rainwear in the Monsoons.

Goa welcomes tourists all around the year, but October to February is peak season while June to September is off season.

English is widely spoken and understood in urban areas and to a lesser extent in the rural areas. Konkani, the official language, is most commonly used in day to day life. Marathi and Hindi, the national language are also understood by most of the population. Portuguese once very popular all over the state, has rapidly declined since liberation in 1961 and today is used mostly by the elderly generation.

Arrive at Dambolim Airport/Railway Station. On arrival kindly look the plug card of hotel name. Meet the driver & transferred to Hotel by coach/ car GOA - It's 450 years under Portuguese domination produced a unique, syncretic blend of East and West. Rest of the day free to explore the beach or for your leisure. Today you can enjoy the Night life of goa. Goa have so many famous pubs, bar, Discotheque and Casino. overnight at hotel.

Breakfast at Hotel. Full day Free for your own leisure. You may do the water sports like para sailing, surfing, para gliding, water scooter etc on your own. OR You may book any tour from hotel travel desk or hire a full day cab/ two wheeler to visit the North Goa like Old Goa Church, Miramar Beach, Dona Paula, Panjim City etc Evening you may take the sunset cruise on River Mandovi on your own cost. overnight stay at hotel.

Breakfast at the hotel. Packed your luggage and transfer by hotel coach to airport/ railway station