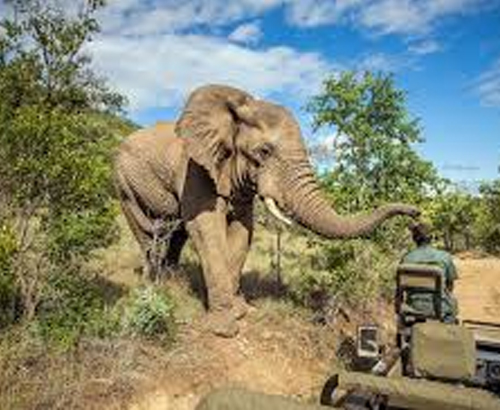 Himachal Pradesh, a northern Indian state in the Himalayas, is known for its trekking, climbing and skiing, and scenic mountain towns and resorts such as Dalhousie. Host to the Dalai Lama, Himachal Pradesh also has a strong Tibetan presence, reflected in its Buddhist temples and monasteries, cuisine heavy on noodles and dumplings, and vibrant Tibetan New Year celebrations

Himachal Pradesh, a northern Indian state in the Himalayas, is known for its trekking, climbing and skiing, and scenic mountain towns and resorts such as Dalhousie. Host to the Dalai Lama, Himachal Pradesh also has a strong Tibetan presence, reflected in its Buddhist temples and monasteries, cuisine heavy on noodles and dumplings, and vibrant Tibetan New Year celebrations

Himalayas in Himachal’ or one must say Himachal in Himalayas. ‘Him’ in Hindi literally means ice or snow and ‘alaya’ means home, which makes Himalayas ‘The Home of Snow’ and from there Himachal gets its name meaning ‘Land of Snow’.

The Himalayas, fulfilling its promise, are a reservoir of immense amount of ‘Him’ in the forms of Ice, Fresh and Underground Water. And the seeping of this moisture originates a number of rivers, which flows through the land of Himachal, namely Sutlej, Beas, Ravi, Chenab and Yamuna. It is also the reason of dozens of lakes that covered Himachal Pradesh.

From the underground waters to the peak of mountains, Himalayas has blessed Himachal with great natural riches. In between, the Passes, the Valleys and the Hot Springs are also the gifts of Himalaya to Himachal.

Arrive at Amritsar & check in the Hotel. Today you can visit Golden Temple & Wagah Border. Golden Temple - It is here that Sage Valmiki wrote the epic, Ramayana. Rama and Sita are believed to have spent their fourteen-year exile in Amritsar, the epicentre of Sikhism. The Golden Temple is a proper blend of Hindu and Muslim cultures as is shown by the architecture. The Granth Sahib is kept in the Temple during the day and is kept in the Akal Takht or Eternal Throne in the night. The rugged old Jubi Tree in the north west corner of the compound, is believed to possess special powers. It was planted 450 years ago, by the Golden Temples first high priest, Baba Buddhaya. Wagah Border - It is an interesting experience, especially at sunset while Retreat takes place when Indian and Pakistan border troops put up a coordinated and spectacular display, comparing favorably with London’s changing of the Guard. Taxis must be hired from the city for the return trip also as nothing is available at the border. Overnight stay at hotel.

Drive to Dalhousie (188 kms), Situated at 2039 mts in the outer slope s of the Dhaula Dhar range with its natural beauty and natural surroundings. On arrival check- in at the hotel. Rest of the day for leisure. O/N at hotel.

Breakfast at hotel. Full day free for your personal activities or you can take Full day sightseeing to Khajjiar, 18 kms from. Dalhousie at your own cost.  Its one of the most scenic saucer shaped Plateau and is surrounded by dense pine and deodar forests, its beauty has further been enhanced by a small lake in the center with a floating

Breakfast at Hotel. Dalhousie to Dharamshala - In the morning drive to (3 ½ hours drive) Dharamshala, on arrival check in at the Hotel. Afternoon local tour of Dharamshala (own cost) visiting the Official residence of Dalai Lama the exiled Tibetian Leader, Overnight at the hotel.

After B/f you can take a tour to Palampur (1 ½ hours) (at your own cost) where low rolling hills criss crossed by narrow fast- flowing streams, scores of tiny hamlets, lush tea gardens and paddy fields - with the backdrop of the Majestic Dhauladhar Mountai. You can visit a tea plantation and tea factory. Also visit Shoba Singh's Art Gallery at Andretta; the ancient rock cut Masroor temples and the historic Kangra fort. Optionally, you may take a full day tour of Kangra Devi, Chintpurni. Overnight at hotel.

In early morning drive to Delhi (514 Kms), enroute one can stop for lunch at Parwanoo or Pinjore Gardens, and take a cable car ride here.

Package does not include:

entrance fees for any monument.