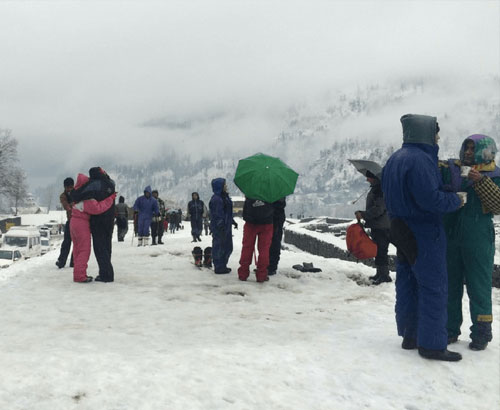 Deriving its name from five full-bodied rivers–Sutlej, Beas, Ravi, Jhelum, and Chenab–which flow through its vast plains, Punjab is representative of abundant things. Located on the north- western edge of India, it is one of the smaller albeit prosperous states of the nation, and home to a lively, hospitable and dynamic people.

Mystery, magic, mayhem. Welcome to Delhi, City of Djinns, and 25 million people. Delhi, India’s capital territory, is a massive metropolitan area in the country’s north. Like an eastern Rome, India’s capital is littered with the relics of lost empires. A succession of armies stormed across the Indo-Gangetic plain and imprinted their identity onto the vanquished city, before vanishing into rubble and ruin like the conquerors who preceded them. Modern Delhi is a chaotic tapestry of medieval fortifications, Mughal mausoleums, dusty bazaars, colonial-era town planning, and mega malls. In Old Delhi, a neighborhood dating to the 1600s, stands the imposing Mughal-era Red Fort, a symbol of India, and the sprawling Jama Masjid mosque, whose courtyard accommodates 25,000 people. Nearby is Chandni Chowk, a vibrant bazaar filled with food carts, sweets shops and spice stalls.

Arrive Chandigarh railway station. On arrival meet and greet by our representative who will take you to the hotel. Start your city tour with Rock Garden which consists of various arts and objects made of industrial and urban waste. It is situated in sector-1. The credit of its foundation goes to Dr Nek Chand who was the road inspector in the Engineering department of Chandigarh. Then visit to Sukhna Lake that lies in the foothills of shivalik range. People visit in the morning to enjoy fresh breeze. It serves as a picnic spot and good place for water activities. After that visit Rose Garden which is Asia’s largest Rose Garden. It contains more than 17,000 plants and over 16,000 varieties of roses. The venue serves annual rose festival or festival of gardens. In the evening enjoy shopping in sector 17 market. Back to hotel, overnight stay in Chandigarh hotel.

After breakfast, Drive 300 kms 7 hrs to Manali. On arrival check in at hotel, rest of the day at your leisure, we suggest you to walk along the mall road. Overnight stay at hotel in Manali.

After breakfast, start your city tour; visit Hadimba Mata temple which was built in 1533 A.D is also known as Dhoongri Temple dedicated to goddess Hadimba. Temple is located in the wooden forest. Temple hosted a big festival in May. Then visit Manu temple which lies in old Manali and 3 kms from main bazaar. Then proceeding to Vashist bath on the bank of river Beas towards rohtang pass. Natural hot water bathing tanks for Gents and Ladies. After that visit Nehru Kund natural spring of cold and clear water named after Pt. Jawaharlal Nehru who used to drink water from here during their stay in Manali. Evening free for shopping activities. Overnight stay at hotel in Manali

After breakfast, Drive 51 km from Manali to Rohtangpass. It offers a grand view of mountains. This pass is open from June to October every year. On the way to Rohtang there is a grand view of Glaciers, peaks and Chandra River flows down in the Lahaul valley. Evening back to Manali. Overnight stay at hotel in Manali.

After breakfast drive back to Chandigarh Railway station.