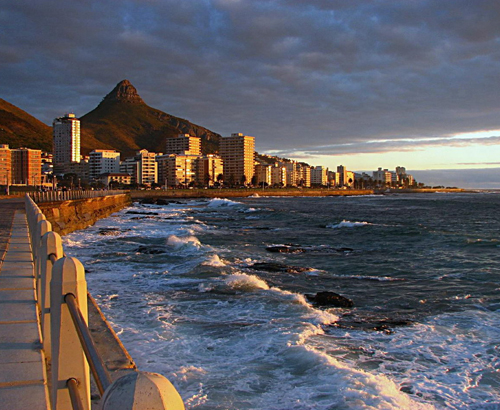 Upon arrival at Cape Town Airport, a representative meets you for a transfer to your hotel. Cape Town is one of the most popular long haul destinations in the world. Due to its unique topography, it is also one of the easiest places in which to orientate oneself as long as you remember that with Table Mountain behind you and Robben Island before you; you are facing north, looking across Table Bay and up the west coast of Africa. Overnight at Hotel .

After breakfast leave on a half-day Mother City tour. You will go for a scenic coastal drive through Clifton & Sea Point & later tour passes the Houses of Parliament, the Castle, the SA Museum, and a few other historical sights – District Six, Bo-Kaap, Slave Lodge & ending at the bustling Greenmarket Square. A cable car ride, takes you up the Table Mountain (weather permitting otherwise Signal Hill) for a breathtaking view over the city (entrance is included) Return to your hotel. Overnight at Hotel .

Breakfast is taken at the hotel. Depart on a full day Peninsula tour This comprehensive tour shows you the best of the spectacular Cape Peninsula and why it is it's called the Fairest Cape. Travel past Sea Point and Camps Bay, past the famous beaches of Clifton and Llandudno towards Hout Bay. Drive along the Atlantic Seaboard. Pass through Noordhoek and Scarborough. Later you will take to the Cape of Good Hope Nature Reserve. Enjoy the funicular ride aboard the “Flying Dutchman” and enjoy the unforgettable spectacular views. Later get the photo opportunity to take some pictures at the second southern most tip of the African continent. Visit the beautiful Boulders Beach, and have the option to sit among the famous colony of Jackass Penguins. Thereafter we enjoy a short stop at the naval port of Simon's Town and know about the legend of “Able Seaman Just Nuisance” the Great Dane Dog that was inducted in Royal Navy. Return to the hotel. Overnight at Hotel .

Breakfast at the hotel. Transfer to the airport for a flight to Back .