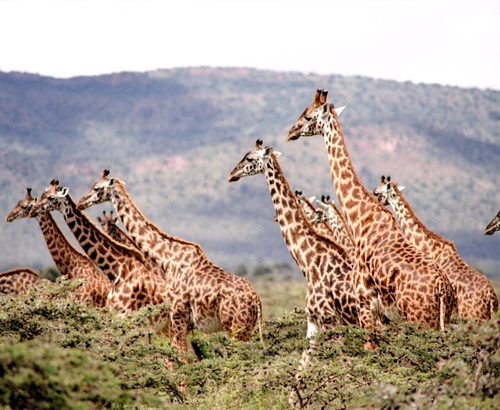 SUN CITY is internationally renowned as South Africa’s premier holiday resort offering a multitude of attractions and activities to keep everyone occupied. With its combination of golf, game and gambling, as well as world class hotels. Sun City is the perfect choice for any holiday in South Africa. Conveniently located about two hours' drive outside Johannesburg, Sun City in South Africa has so much to offer… Sun City boasts four hotels, each of which offers a unique holiday experience, from romance - family fun

14h30 Check Inn at hotel followed by some rest

Enjoy the Evening at Casino

20h00 Dinner will be served at Hotel or at the Restaurant

07h00 Breakfast will be served at the Hotel

08h30 Drive on private road transfer to Kruger National Park VIA Panorama Route (where will enjoy the site-seen of Three Rondavels, God’s Window & 360 Degree of View).

A premier destination situated among the breathtaking panoramic views of one of the best GAME LODGE, South Africa. These parks are popular and malaria-free game reserve that boasts over 19485 Km Square Approx of unspoiled wilderness where indigenous wildlife like the African Big 5 roam freely and abundantly.

13h00 Pack Lunch will be served

20h00 Dinner will be served at the lodge

08h30 Breakfast at lodge or pack Breakfast in the Morning

13h00 Lunch will be served at the lodge

20h00 Dinner will be served at the lodge

07h00 Breakfast at the hotel

13h00 Lunch will be served at Hotel or at the Restaurant

13h00 Lunch will be served at Hotel or at the Restaurant

Evening at V&A Waterfront: Situated at the foot of Table Mountain, within a stone’s throw from the Cape Town Stadium and in the heart of Cape Town’s working harbor, the V&A Waterfront offers the visitor an abundance of unforgettable experiences. Indoor shopping and entertainment venues seamlessly merge with ocean vistas and mountain views and the fresh sea breeze and warm African sun add zest to a cosmopolitan, vibrant atmosphere. More than 80 restaurants bring a fusion of international food, from rustic al fresco fish and chips to starched table-cloth cuisine. Come and spend the day with us – there is just so much to do, so much to discover.

08h00 Depart in a Private Road Transfer to Table Mountain (Table Mountain is weather permitting – Ticket Included) Take the cable car to the top of for a panoramic view of the city and coastline, continue through Signal Hills further Cape Town City Tour, the historic Malay Quarter; drive pass the Parliament House, Slave Lodge South African Museum, with its famed Bushmen exhibits, the Castle and other interesting sights, along with walk at Company Gardens of Parliament House, including of Clifton Bay and Sea Point (Time Permitting)

13h00 PACK LUNCH WILL BE SERVED

17h00 We will proceed to the famous Canal Walk. Canal Walk Shopping Centre is Africa's leading superregional retail mall. Its dominant presence attracts diverse shoppers from an extensive portion of the Western Cape, and further afield, with its comprehensive retail and leisure options. Canal Walk merges the world's most desirable brands with shopping convenience and entertainment with everyday leisure, all in a majestic set

08h00 Depart on a Full day Tour of Cape Point (FULL TOUR TICKET INCLUDED) ; we flank the cold Atlantic Ocean en route to Hout Bay. Once a fishing community now one of the most popular residential areas, the harbour still has a charm of days gone by. Enjoy the cruise to "Seal Island”- Weather Permitted We now continue alongside the Indian Ocean, and stop to see and VISIT the Jackass Penguin Colony (Boulders Bay) via Chapman’s Peak to enjoy the most scenic view of Cape Peninsula 13h00 Spread Lunch will be served with Cold Drink/Juices at Cape Point Afternoon travel onwards until we reach Cape Point and the Cape of Good Hope (Funicular Ride included). It is said to be the romantic meeting place of the two mighty oceans, the Atlantic and the Indian, Sir Francis Drake the Explorer once called it "the fairest Cape that we saw in the whole circumference of the Globe”. And rightly so, it must be the highlight of any visit to the Mother City, if not South Africa.