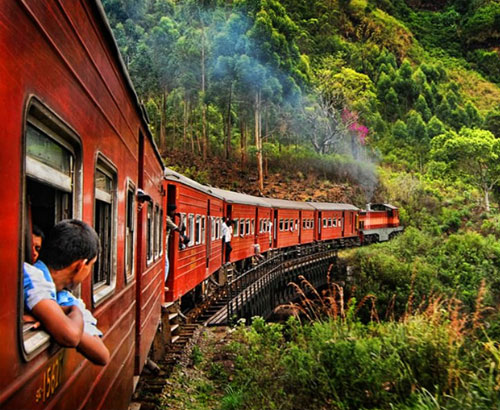 Breakfast at the Hotel. Morning leave to Balapitiya to do a river safari. Leave from Balapitiya by boat you will be taken on a boat ride of the Madu river for about two hours. Here you could see the villagers taking part in their day-to-day activities and some Islands. Overnight stay in Kalutara / Bentota / Ahungalla.

Breakfast at the Hotel. Transfer to Colombo. City & shopping tour of Colombo. Colombo, like many capital cities in developing countries is fast changing its face. Almost overnight, skyscrapers arise from where old buildings once stood. Yet in some parts, the old world charm is retained with several British built colonial buildings. Other places of interest are a Hindu and a Buddhist temple, residential areas where you find the stately homes of the affluent, the Bandaranaike Memorial International Conference Hall (BMICH)- an outright gift to Sri Lanka from the People's Republic of China & the old parliament.

After Breakfast transfer to Airport for departure.

- Accommodation in standard room on bed & breakfast basis
- Transportation by air-conditioned vehicle as per programme
- Services of an English Speaking Chauffeur Guide for groups up to 6 pax.
- Professionally qualified English speaking national guide will accompany groups above 7 pax.