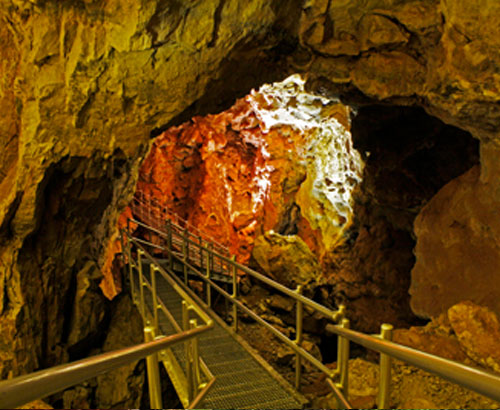 Pinnawala - Pinnewala Elephant Orphanage : App. 90km away from Colombo. Off Colombo-Kandy road is Pinnawala, where an orphanage was started in 1975 to house the abandoned and the wounded elephants. The number of elephants has increased now, including baby elephants brought from various parts, as well as the babies born, as a result of the captive breeding programs. The best time to visit is the feeding time from 0930-1000 hrs and 1330-1400 hrs and the bathing time from 1000-1230 hrs and 1400-1600 hrs when all the elephants are taken to the river close by.

Then proceed to Kandy

KANDY – the hill capital is another “World Heritage Site”. It was the last stronghold of the Sinhalese Kings during the Portuguese, Dutch and British rule and finally ceded to the British in 1815 after an agreement.

To the Buddhists of Sri Lanka and the World, Kandy is one of the most sacred sites as it is the home of the “Dalada Maligawa” - Temple of the Sacred Tooth Relic of Lord Buddha.

Close by are the remains of the Royal Palace (“Maha Wasala”), “Palle Wasala”- where the Queens stayed-now used for the National Museum, “Meda Wasala” where other close relatives lived, Audience Hall, Natha Devala and Vishnu Devala are situated close by. The Bathing Pavilion (“Ulpenge”) is by the Lake and in the Center of the lake is the Island called “Kiri samudraya” (Milk white ocean) used by the kings as the summerhouse.

Today it is the center of Buddhism, Arts, Crafts, Dancing, Music and Culture.

Dinner & Over Night Stay in Kandy

Breakfast at the hotel. In the morning commence city tour of Kandy, including Upper Lake Drive, Market Square and the Temple of the Sacred Tooth Relic.

Kandy - Temple of the Sacred Tooth Relic (Dalada Maligawa) : When King Wimaladharmasuriya I (1592-1604 A.D.) became King in Kandy, he searched for the Tooth Relic and the bowl Relic of the Buddha and found that it was kept at the Delgomuwa Buddhist Temple at Kuruwita, for more than 44 years, hidden in a grinding stone. The King had gone there personally and brought the Sacred Tooth Relic to Kandy in a procession accompanied by the King.The first Temple of the Tooth Relic was constructed by Wimaladharmasooriya I to house it next to the Royal Palace. The Portuguese burned down the 2-floored building and King Wimaladharma sooriya II (1687-1707) erected a 3-storied building to house the Sacred Tooth Relic. It was burnt down once again and a new 2-storied building was constructed by King Narendra singhe (1707-1739 A.D.) and what we see today may be the building constructed by him.The last King of Kandy Sri Wickrama Rajasinghe added the Pattirippuwa or the Octagon and it was not a a part of the Temple, but a resting place for the King.

Peradeniya - Royal Botanical Gardens: 147 acres in extent; Started in 1374 as a pleasure garden of the Kings of Gampola and Kandy. There are more than 5,000 species of trees, plants and creepers. Some rare and endemic as well as flora from the tropical world are found in the gardens. Spice Garden and Orchid House are popular with tourists. There are 5 Palm Avenues beautifying the gardens, the earliest and tallest Palm Avenue (Royal Palm Avenue) was planted in 1905 and the Double Coconuts from the Seashells Island, with the largest seed of all plants in the world is one such avenue.

Kandy- Cultural Dancing : Kandyan dance takes its name from Kandy, the last royal capital of Sri Lanka, which is situated about 120 kilometers from the modern capital at Colombo. This genre is today considered the classical dance of Sri Lanka. In Sanskrit terminology it is considered pure dance (nrtta); it features a highly developed system of "tala" (rhythm), provided by cymbals called "thalampataa". There are five distinct types; the ves, naiyandi, uddekki, pantheru, and vannams.

The three classical dance forms differ in their styles of body- movements and gestures, in the costumes worn by the performers, and in the shape and size of the drums used to provide rhythmic sound patterns to accompany the dancing.

The drum used in Kandyan dancing is known as the Geta Bera, the drum in Ruhunu dancing as the "Yak Bera", and drum in Sabaragamu dancing as the "Davula" (the word Bera or Bereya in Sinhale means "Drum") .

Dinner & Over Night Stay in Kandy

After breakfast leave for Nuwara Eliya

Seasons may be absent elsewhere in Sri Lanka, but here you can read them by the flowers, which bloom in the spring (March to May) and the fall (August and September). These are the “seasons” when low-country folk flock to Nuwara Eliya to escape the sea level heat and humidity.

Nuwara Eliya - Sita Amman Kovil - According to the Indian Epic Ramayanaya and the legends, the area where Sita, Queen of King Rama of Ayodhya in India, who was abducted by Ravana the King of Sri Lanka, was kept in hiding and the area she roamed is in the hill country of Sri Lanka. In Nuwara Eliya is the "Sita Amman Kovil" - a quaint little Kovil, with the statues of Rama, Sita, Hanuman, Lakshmana and Sugriva.

This is supposed to be the only Kovil in the entire World dedicated to Sita. The stream by the side of the Temple is a famous spot where she went for bathing. Out of the 13 Palaces of Ravana, two caves in the Strict Nature Reserve of Hakgala, starting from Temple land and the cave at Ella close to the waterfall "Ravana-Ella" (1080ft. high) where Ravana went for bathing, are supposed to be three Palaces Sita was kept in hiding.

The Hakgala Gardens may be the "Ashok Vanaya" of Ramayana where Rhododendrons identified as Ashok Flowers in the epic, are found in bloom throughout the year.

After breakfast leave for Bentota

Bentota - is the first National Holiday Resort developed by the Ceylon Tourist Board as a planned resort. There are 6 tourist hotels in the beach span of 5 miles with all the facilities a resort would require. Water sports facilities are available as in the Beruwela Resort. Many interesting sightseeing tours are possible from here, such as the Turtle Hatchery, Boat trips on Bentota River etc.

The eggs collected by the Villagers and Fishermen are purchased by the Kosgoda Hatchery and kept in sandy pens until they are hatched. The newly hatched ones are kept in seawater tanks and released to the sea in the night. This Hatchery alone has released more then 1,750,000 young turtles to the sea. An endowment by the Hasselblad Estate was responsible for the establishment of this hatchery.

Dinner & Over Night Stay in Bentota

After breakfast leave for Colombo

Colombo - is the business and commercial center and the new capital is Sri Jayawardhanapura Kotte, only a few miles away. Colombo was only a small seaport, which came into prominence in the 16th Century with the arrival of the Portuguese in 1505 and the development of it as a major Harbour took place during the British period. Colombo became the capital of Sri Lanka in 1815 after Kandyan Kingdom was ceded to the British. The remains of the buildings during the period of the Portuguese, Dutch and British rule are found in every area of the city. None of the Portuguese & Dutch fortifications are found today but some of their buildings and churches could be seen in the Fort & Pettah areas. Visit Fort, the former British administrative center and military garrison, Sea Street - the Goldsmith’s quarters in the heart of Pettah, the Bazaar area where there is also a Hindu Temple with elaborate stone carvings, the Kayman’s Gate with the Belfry at the original gate to enter the Fort.

Colombo – Shopping : There are many places to find bargains in Colombo! Modern shopping malls and specialty stores carry high quality goods at very affordable prices. If you are looking for an even greater bargain, without the surroundings, try your bargaining with the many street vendors and outdoor markets (such as in the Pettah area and across from the Fort Railway Station). Products that are worth buying in Sri Lanka include world famous Ceylon tea, clothing (many designer clothes are manufactured in Sri Lanka and you can buy them here for a fraction of the cost elsewhere) and jewelry (including the Sri Lankan blue saphire). Quality is generally assured at the higher end stores, if purchasing at other locations, use your judgment when buying expensive items. Designer clothing stores such as ODEL & Kelly Felder are some shops that may merit a visit.

Dinner at outside restaurant & Over Night Stay in Colombo

Breakfast at the hotel

Departure to the airport to connect with departure flight.