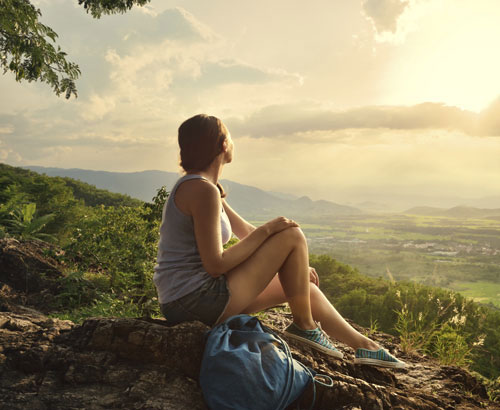 Arrive in Sri Lanka. You will be met by a representative and transferred to Galle. check in to the Hotel.

Whale Watching Mirissa has been most popular attraction among the tourists who visit sri lanka. since the year 2009 and still we are operating whale watching tours based in mirissa harbour. Mirissa is the closest point to where blue whales are inhabited because it has appropriate environmental conditions to live these giants. last year it was reported five types of whales (blue whale,bryde's whale, sperm whale, killer whale & pilot whale ) & four kind of dolphins (spinner dolphin,bottle nose dolphin, stripped dolphin, Risso's dolphin)

Galle : The South Coast’s major city is Galle, whose oldest landmark is the massive Portuguese and Dutch Fort which is a “World Heritage Site” in which the central city is contained. But the city may be much older. Some scholars believe it to be the “Tarshish” of the Old Testament, to which King Solomon sent his merchant vessels, and to which Jonah fled from the Lord.

Today, the 90-acre Galle Fort shows no evidence of the Portuguese founders. The Dutch incorporated the Portuguese northern wall in a great rampart in 1663. A second, taller wall was built inside of it. Between the two walls, a covered passage connected the central bastion with the Fort’s two half bastions overlooking the sea.

The Dutch also installed a sophisticated drainage system, complete with brick-lined underground sewers that were flushed twice a day by the high and low tides. The original gate to the fort was by the harbour. It is still there, marked by the British Coat-of-arms on the front and the Dutch V.O.C.

Dinner & Over Night Stay in Galle

Yala - Yala National Park : the Ruhunu National Park covers 126,786 hectares including the Strict Natural Reserve (Block II). The most familiar is Block I (14,101 hectares) and this were established in 1938. Yala is famous for its big herds and large number of Elephants, Leopards, Spotted Deer, Sambhur, Crocodiles, Mongoose, Wild Boar, Wild Buffalo, and many other animals.

More than 130 bird species are recorded which includes the resident and winter visitors.

There are 7 Bungalows inside the Park with few Camp Sites.

Dinner & Over Night Stay in Yala

After breakfast leave for Ella

Ella : 127 miles from Colombo and 8 miles from Bandarawela, on the leeward side of the central mountains. The view from Ella Gap is one of the most spectacular scenic sights in Sri Lanka - the landscape falls away in a dizzy drop of 3000ft to the eastern plains.

The Ella rock is famous for the cave of Ravana a legendary king of Sri Lanka ruled during the pre-historic times. The 1080-foot high waterfall few miles from the Ella Rest

House is one of the most beautiful falls in the country.

Then proceed to Nuwara Eliya

Seasons may be absent elsewhere in Sri Lanka, but here you can read them by the flowers, which bloom in the spring (march to May) and the fall (August and September). These are the “seasons” when low-country folk flock to Nuwara Eliya to escape the sea level heat and humidity.

Breakfast at the Hotel. Proceed to Visit Horton Plains and World's End

Nuwara Eliya - World`s End : is at Horton Plains 20 miles from Nuwara Eliya. Horton Plains is the Sri Lanka’s highest plateau at an elevation of 7,200 ft. the central mountains and is known as the “Cloud Forest”. An early morning departure by jeep to visit the “Worlds End “ before 10.00am (mist obscure the view thereafter) is recommended. This incredible view at the site aptly named “World’s End” is considered to be the finest in all Sri Lanka. The terrific escarpment drops vertically for about 1,000ft and falls away almost as steeply for another 4,000ft. In the morning a crescent of silver of the Indian Ocean rims the horizon some 50 miles to the south.

Nuwara Eliya - Tea Plantation : Tea was first planted in Sri Lanka in 1824 at the Botanical Gardens at Peradeniya, when a few plants were brought from China. More were introduced from Assam in 1839. In 1867, a Scottish Planter named James Taylor planted tea seedlings in an 8 hectares of forestland, in the Loolkondura Estate. In 1873, the tea export industry of Sri Lanka began with a modest 23 lbs. being shipped to London. Tea will grow only on rolling terrain and is classified by elevation into low grown, medium grown and high grown into 3 main groups. Today more than 200,000 hectares in highlands and other areas are under Tea and around 300 million Kilograms, with a 25% of world tea exports are done by Sri Lanka as the World’s largest Tea exporter.

Ramboda Falls: A gigantic water fall having three parts and very close to the 53km post along the above A-5 trunk road. The first part is above the road in the jungle (100m), second part is close to the road (3m) and the third part (100m)is below the road.

Traveler should descends to the "Ramboda basin", where the famous "Ramboda Inn" situated from where he can see the whole fall. When we were there the upper part was covered with a fog and what you see in the picture was the third part. If look carefully, one can notice a bus on the bridge over the A-5 road at the top of the photo.

Colombo - is the business and commercial center and the new capital is Sri Jayawardhanapura Kotte, only a few miles away. Colombo was only a small seaport, which came into prominence in the 16th Century with the arrival of the Portuguese in 1505 and the development of it as a major Harbour took place during the British period. Colombo became the capital of Sri Lanka in 1815 after Kandyan Kingdom was ceded to the British. The remains of the buildings during the period of the Portuguese, Dutch and British rule are found in every area of the city. None of the Portuguese & Dutch fortifications are found today but some of their buildings and churches could be seen in the Fort & Pettah areas. Visit Fort, the former British administrative center and military garrison, Sea Street - the Goldsmith’s quarters in the heart of Pettah, the Bazaar area where there is also a Hindu Temple with elaborate stone carvings, the Kayman’s Gate with the Belfry at the original gate to enter the Fort.

Dinner at outside Restaurant Over Night Stay in Colombo

Breakfast at the hotel. Transfer to airport to connect with the departure flight.