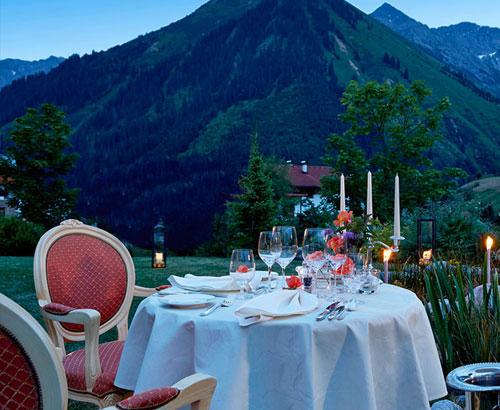 Austria is a German-speaking country in Central Europe, characterized by mountain villages, baroque architecture, Imperial history and rugged Alpine terrain. Vienna, its Danube River capital, is home to the Schönbrunn and Hofburg palaces. It has counted Mozart, Strauss and Freud among its residents. The country’s other notable regions include the northern Bohemian Forest, Traunsee Lake and eastern hillside vineyards.

Austria is a German-speaking country in Central Europe, characterized by mountain villages, baroque architecture, Imperial history and rugged Alpine terrain. Vienna, its Danube River capital, is home to the Schönbrunn and Hofburg palaces. It has counted Mozart, Strauss and Freud among its residents. The country’s other notable regions include the northern Bohemian Forest, Traunsee Lake and eastern hillside vineyards.
There's so much to do in Austria, from exploring historic castles and palaces to skiing some of the world's finest alpine slopes…

Largest Lakes: Neusiedler Lake (Neusiedler See, partly in Hungary), the Attersee, the Traunsee, and a small portion of Lake Constance (Bodensee) in the eastern province of Vorarlberg.

Waterways: The Danube (die Donau), the Mur, the Salzach

Afternoon city tour with Schönbrunn Castle on SIC basis. This tour will give you an overall impression of the most significant sight of Vienna. Along the Ringstrasse we show you numerous magnificant buildings, such as the MAK, the State Opera House, the Museum of Fine Arts and the Natural History Museum, the cultural destrict the Museums Quartier, the former Habsburg winter residence, the Hofburg, the Parliament, the City Hall and the Burgtheater. The highlight of this tour will be a visit of the showrooms of Schönbrunn Palace. In this former summer residence of the Habsburg family lived e.g. Maria Theresia. The MAK shows applied and contemporary art in temporary exhibitions as well as in its unique permanent and study collections. On the way back to the opera we pass by the Belvedere Palace, the former summer residence of Prince Eugen. Overnight with buffet breakfast in the hotel.

Day at leisure. Enjoy a Horse Carriage ride along the Ring boulevard in Vienna (approx. 40 min). Romantic Dinner at an Indian Restaurant in Vienna. Overnight with buffet breakfast in the hotel.

Train to Salzburg. Afternoon Mozart city tour on SIC basis showing you the highlights of Salzburg. We start off in front of Mirabell Palace, built by the Archbishop Wolf Dietrich for his mistress and their children. Today, the palace host the city council. We continue along the Schwarzstraße and pass by the Mozarteum (university of music) and the Marionette Theatre. Further along we see the County Theatre and Mozart's Residence on the Makartsquare. Here we also admire the Church of the Holy Trinity, built by the baroque architect Fischer von Erlach. We cross the river Salzach and on our way to Hellbrunn Palace we're passing the Law Courts. A short stop is planned at this palace, built at the beginning of the 17th century by the court architect Santino Solari. It was most popular by the archbishops for their weekend excursions. Returning to the center of Salzburg, we pass by the Frohnburg Palace and the Nonnberg Abbey, the oldest monastery for nuns in German speaking countries, before we reach the old town again through the Neutor Tunnel. We see the Festival House, the Horse Pond and the St Blasius Church bevore we finish our tour on the Mozartsquare. Overnight with buffet breakfast in the hotel.

Day at leisure in Salzburg. Evening Dinner at Restaurant Sankt Peterstiftskeller for a Mozart Dinner Concert. Overnight with buffet breakfast in the hotel.

Train to Innsbruck. In the afternoon a private car will pick you up from the hotel and bring you the famous Swarovski Crystal World in Wattens. Pioneers were always way ahead of their time. In their minds they conceived the inconceivable. In their fantasies they created the impossible. When he invented an automatic cutting machine at the end of the 19th Century, Daniel Swarovski opened the door to a world of fantasy. The magic word was crystal. A raw material, which even the most ancient cultures ascribed beneficial, valuable, indeed miraculous properties. This fascinating material transformed the world of fashion and beauty into a seductively sparkling universe. It inspired the human race and enriched both art and culture. You should not miss a visit of the Swarovski Crystal World in Wattens. It is a very interesting, subterranean, fantastic museum where you can see among other things the greatest and smallest crystal, and crystal decorated works of art from Salvador Dali and Keith Haring. Overnight with buffet breakfast in the hotel.

Transfer to Innsbruck and take train back to Vienna. Arrival at Vienna train station and transfer to hotel. Rest of the day at leisure. Overnight with buffet breakfast in the hotel.

Check out hotel and transfer to Vienna Airport.

TOUR DOES NOT INCLUDE:
- International flights
- Insurance: All types
- Visa
- Train Tickets are not included in the above mentioned package
- Items of a personal nature such as alcoholic drinks, cold drinks, laundry
- Any others expenses which are not mentioned at the included section
- GST


OPTIONAL:
1 lesson at private dancing school in Vienna - get taught the famous Austrian dance - The Waltz - price to be advised