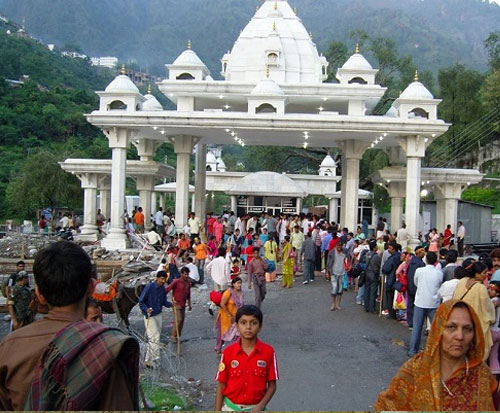 On arrival Srinagar meet for assistance and transfer to Houseboat OR HOTEL. Afternoon enjoy ride on a Shikara ONE HOURS, - a Kashmiri gondola - to the watery vegetable markets and see the mountains mirrored in the lakes. You will get a view of some very interesting places around the Lake. In the evening return to Deluxe Houseboat for overnight.

After having breakfast in the hotel, In the morning, you will be driven for full day excursion trip to Sonamarg. Sonamarg is a place of enthralling beauty, lies in Sindh Valley, streamed with flowers, surrounded by mountains and perched at an altitude of 2690 m above sea level. Visited less frequently by tourists, it has as its backdrop, snowy mountains against a clear sky. It is a quiet alpine retreat surrounded with sycamore, silver birch, fir and pine trees. In late, Afternoon drive back from Sonamarg to Srinagar, overnight stay at the houseboat

Morning proceed for a picturesque drive to Gulmarg. Gulmarg was discovered as a tourist destination by the British in the 19th century. Prior to that, Mughal emperors vacationed in the Gulmarg valley which is about 03 Kms long and up-to 01 km wide. It is exquisitely situated in a pine surrounded basin of the Pir Panjal range at an altitude of 2,730 meters above sea level and one of the most famous tourist destinations of Kashmir. It also has one of the world’s highest green golf courses with 18 holes, as well as a clubhouse, which is a historical building in its own right. In late, Afternoon drive back to Srinagar, overnight stay at the houseboat

After breakfast at the house boat, you will be driven from Srinagar to Pahalgam, en-route visit Saffron fields of Pampore, see the beautiful countryside, lots of rice fields and Awantipora ruins on the way, Later continue your drive to Pahalgam through the pine forest, the confluence of the streams flowing from the river Lidder & Sheshnag Lake which are famous for their scenic beauty. On arrival proceed for check-in. Overnight stay at the hotel

After early breakfast at the hotel, you will be driven from Pahalgam to Katra on arrival proceed for check-in. Katra City (The Pilgrim Base) – Katra Town, lying in the foot of Trikuta Mountains, it serves as the base camp for visiting the famous shrine of Shri Mata Vaishno Devi, which is approachable on foot along a 13 Kms long well laid footpath. Overnight stay at the hotel

Morning you will be transferred to Jammu airport / railway station in time to board flight / train to back home.