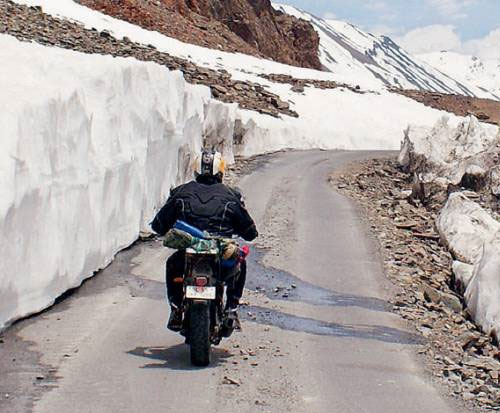 On arrival Srinagar meet for assistance and transfer to Houseboat or hotel. Afternoon cruise ride by Shikara for two hours - a Typical Kashmiri gondola – thru the watery vegetable Gardens / markets and see the mountains mirrored in the lakes. You will get a view of some very interesting places around the Lake. In the evening return to Deluxe Houseboat/Hotel for overnight

After early breakfast leave from Srinagar for Kargil, the drive to Sonamarg is another spectacular facet of country side in Kashmir in Sindh Valley. The Indus Valley is the largest tributary of the valley of Kashmir. Drive through the panoramic and scenic sites, Sonamarg (2740 Mtrs). Zojila pass 3527 Mtrs (Gateway of Ladakh). Continue drive towards Drass (The second coldest inhibited place in the world) and by evening reach Kargil (2710 Mtrs) which has got its importance after opening the Ladakh for tourists in 1974. Later check in for overnight.

After early Breakfast leave for Uletokpo and en-route visiting the monastery of Mulbeck, Lamayuru & Moon-landscape passing through Namkila & Fatula Passes (4100 Mtrs) the highest pass on Srinagar- Leh road and proceed to Uletokpo. Overnight stay at the camp

After breakfast visit of 1000 year old Alchi monastery the only Gompa in Ladakh region on flat ground continue to the Likir Monastery visit the three stories Dharma Wheel Gompa. Here you'll be awestruck with the sight of the massive Buddha statues. Drive through Indus & Zanskar River and visiting, Pathar Sahib Gurdwara, Basgo Palace, Overnight stay at the Hotel.

After a leisurely breakfast ride to visit Hemis Monastery situated 45 Kms west of Leh; Hemis is the largest monastery in Ladakh. On way back visit Thiksey Gompa or Thiksey Monastery (also transliterated from Ladakhi as Tikse, Thiksey or Thiksey) is a Gompa (monastery) affiliated with the Gelug sect of Tibetan Buddhism. It is located on top of a hill in Thiksey village, approximately 19 kilometers east of Leh in Ladakh, It is noted for its resemblance to the Potala Palace in Lhasa, Tibet and is the largest Gompa in central Ladakh, notably containing a separate set of buildings for female enunciates that has been the source of significant recent building and reorganization. Proceed and visit Shey Palace the former summer palace. Overnight stay at the hotel

After early breakfast ride to Nubra valley the 120 Kms approximately 4 to 5 hrs. Via Khardungla (18380 ft.), Highest Motor able road in the World) on arrive explore Diskit, Hunder Villages and camel Safari in Sand Dunes. Overnight stay at the camp at Hunder

After Breakfast visit Diskit Monastery and ride back to Leh crossing Khardungla Pass., on arrival check-in hotel and afternoon at leisure for shopping etc. Overnight

Day 08: Tour of Pangong Lake- It is the highest land locked lake

After early Breakfast leave for Pangong Lake (14,500 ft.), ride through Changla Pass 17,350 ft., it is the third highest motor able road in the world. Arrive at Pangong Lake it is the highest salt water Lake in the World, shared by two countries India & China. Enjoy the beauty of the lake on the Banks of Pangong Lake with multi-color reflections and fascinating high altitude of the Lake. Overnight stay at camp

After breakfast, ride back to Leh, Late Afternoon visit Leh Palace & Shanti Stupa, Later in the evening walk around Local Market. Overnight stay at the hotel

Day 10: Drive back to Srinagar

After breakfast, ride back to Srinagar, Overnight stay at the hotel.